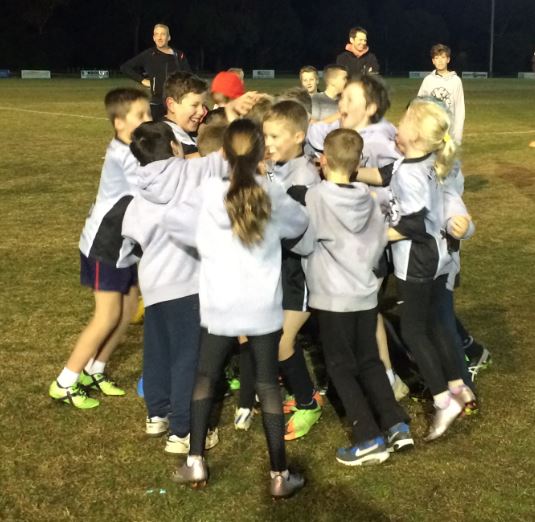 Last Friday night saw all of the Junior teams have a go at the Superkick competition.

Each team had one finalist and two players got a hole in one during the finals – both were from the Under 9 teams!

The U12B team had a must win game to get into the finals in their last game and they won to jump up into 5th spot on the ladder!

We have 3 teams in the Junior Finals and the U18 girls still have one more round to play.

U12B play the Glen Waverley Rovers in an Elimination Final at Central Reserve, cnr of Springvale and Waverley Rds, 10:00 AM, Sunday the 30th

U14B play Mooroolbark in the Qualifying Final at Morton Park 11:30 AM, Sunday the 30th

Get your RAMS gear on and get to a final or the U18s and cheer all the teams on!