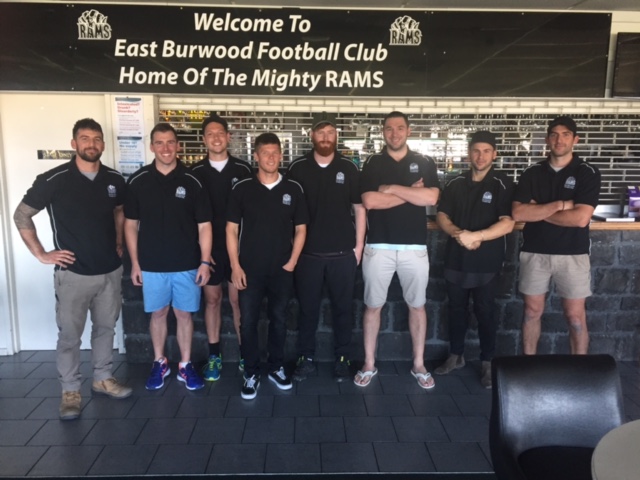 Season 2018 is already looking promising with the following players already signed up for 2018:

Ben Miller returning to Rams after a stint at Healesville FC.

Eddie Rixton and Rhett Masters keen to resign for 2018 and return to a successful culture.

Anthony Perri  and Stephen Kennedy both coming to Rams to play with family and friends and be part of the Rams reboot.

All these guys keen to be part of a positive culture and set a high standard amongst the players at the club.

Great work already by our new coaching and recruiting team.

Exciting times ahead with more to come.

Meet the coaches night at the club next Wednesday night  18th Oct at 6.30pm.