Reappointment of Senior coaches for 2021

The East Burwood Football Club is delighted to announce the reappointment of its three senior coaches for the 2021 season.

Stuart Wynd, Harry Black and Jamie O’Shannassy have all enjoyed success at the club over the past few years. The seniors have enjoyed a huge resurgence since Stu’s appointment in September 2017 and have a 28 wins 6 losses record over the last 2 seasons. Both Harry and Jamie have tasted the ultimate success with the Reserves winning a premiership in 2018 and the Under 19’s collecting the Division 2 title in 2019.

All three are passionate about coaching at the Rams and excited about the prospects for the 2021 season. 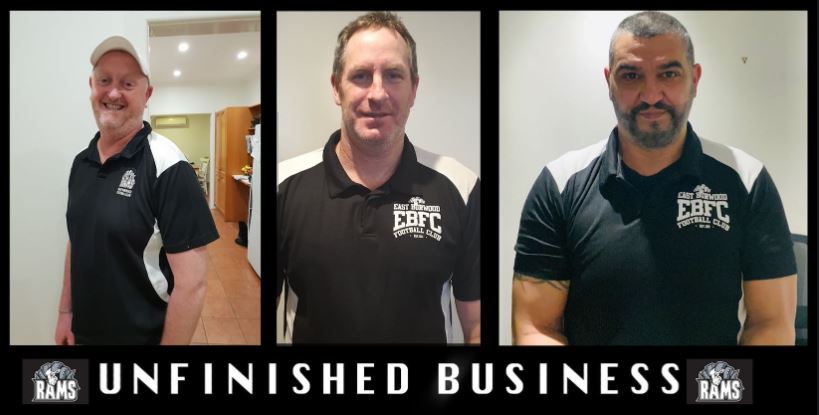